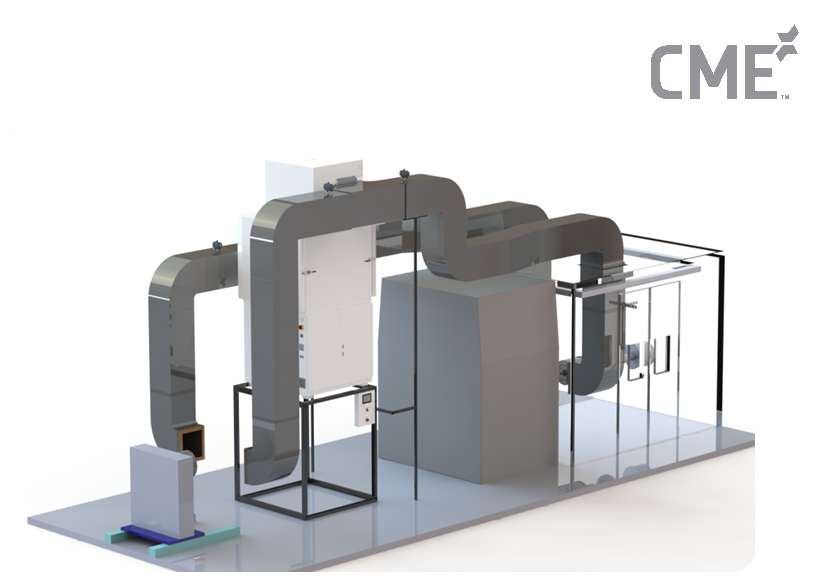 A reliable brake is the basic safety system of all vehicles. Brake convert Kinetic and Potential Energy of the vehicle into Thermal Energy, allowing the vehicle to decelerate or stop. Due to the high amount of Thermal Energy, disc overheating is a common scenario which must be avoided else results in brake fading, brake judder, increased wear, as well as thermal cracking and even brake ﬂuid vaporization. The brake assembly must be properly designed to store and dissipate energy without overheating even in the most extreme braking scenarios. Test labs and R&D engineers around the world are using a wide range of brake test systems to manage the complex challenges of reliability and refinement of vehicle brakes. Following are the most common test systems used to evaluate performance, power, wear, durability and NVH behaviour of brake.

When performing the technical tests of the brake system under laboratory conditions, it is necessary to create the same conditions as those in operation. For instance, in a cold environment or during winter season the humidity rises overnight and may be higher than 90% in the morning while the temperature may drop to near freezing temperatures or much below. This leads to a problem in the vehicle, more commonly known as “morning sickness” which affects brakes. Environmental humidity and temperature influence friction, wear and noise performance of a brake system. In the presence of moisture, the shear strength along the basal plane of graphite lamellar crystalline structure in brake pad is reduced. In this situation, graphite wears out by cleavage consuming a low amount of energy. In the absence of moisture, the shear strength increases, increasing the necessary force to detach graphite particles. Similarly, small changes on environmental humidity can have a noticeable effect on brake friction, but larger variation (i.e. 40%RH to 70%RH) can address meaningful change on friction level. Empirical data shows that low humidity environment leads to a higher propensity to squeal noise. It is possible that on a more unstable brake system the increase on friction coefficient verified at lower humidity can also lead to squeal events.

Similarly, airflow during ride also is an important environmental factor which affects the friction coefficient of the brake.

With an increasing awareness that environmental conditions can play a key role in squeal generation, most new noise dynamometers include systems to control the air temperature and relative humidity at the brake. CM Envirosystems (CME), one of the leading manufacturers of the environmental simulation test system is addressing this challenge with its Climatic Air Handling Unit- which is integrated with brake dynamometer to simulate real-world environment during the NVH test. Our Climatic Air Handling Unit or Remote Conditioning Unit supplies conditioned air with temperature ranging from -20°C to 50°C and at a velocity of 0 to 60 KMPH.

Brake dynamometer testing is continuously evolving especially since 2001 when SAE introduced J2521.  As a result of constant pursuit by brake manufacturer to improve product reliability, sub-zero or below freezing brake testing is gaining in popularity. There are many challenges in simulating a controlled temperature and humidity in break testing using a standard Climatic Air Conditioning Unit. At below freezing temperature where frost point temperature is higher than the dew point temperature frost will develop on indoor components as well as on plate-fin exchanger. However, in a below-freezing environment, by carefully controlling the dehumidifying cooler surface temperature and regulating coolant pressure we will be able to control moisture content in conditioned air thereby controlling humidity. We have put considerable R&D focus in developing such a system for sub-zero brake testing and it will be launched by the second half of 2020.