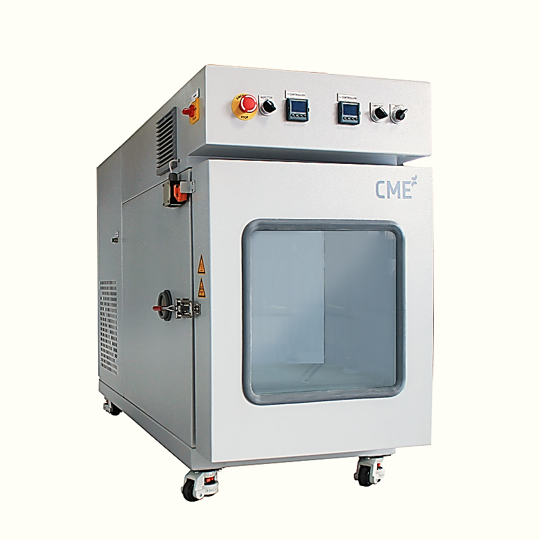 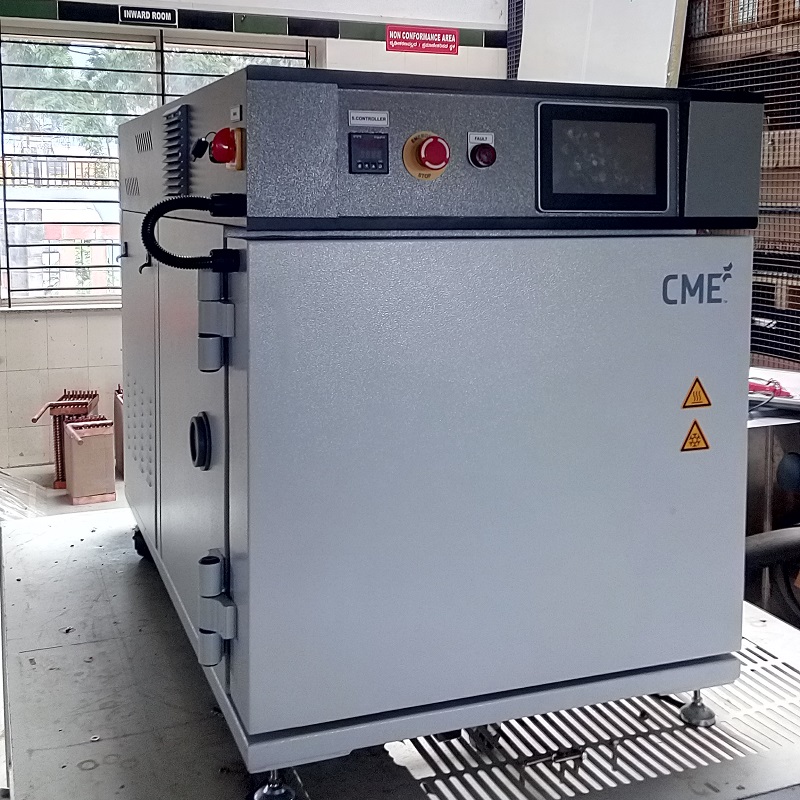 CME’s Benchtop Chamber is the smaller version of Climatic Test Chamber, which is so compact & calm that it can be placed on a bench or a roll out cart next to your workspace without causing any hindrance.

CME’s Benchtop Chamber is the smaller version of Climatic Test Chamber, which is so compact & calm that it can be placed on a bench or a roll out cart next to your workspace without causing any hindrance.

The Benchtop Chamber is ideal for conducting reliability testing on the specimen, which is smaller and light in weight. It is widely popular in the electronics and electrical industry where miniaturization is the norm of the industry and to test their reliability is crucial for a successful product launch.

The chamber is available in 2 models the 35 litres and 80 litres. However, the Envicom Graphite series controller is equipped and Eurotherm controllers are also optionally available.

The chamber has been designed and validated by a team of international engineers and technicians, and special attention to detail has been given to its internal systems. An in-built air-cooled condenser has been used for high cooling efficiency with the lowest noise. The cascade refrigeration system designed for the chamber offers the highest reliability with minimum power consumption. Its cooling intelligence technology gauges the demand for cooling and automatically switches off the compressor during soak and ramp up mode, saving a significant amount of power. The built in safety feature systems such as the hot gas bypass system, liquid bypass system, overload protection, etc. all. It constantly monitors the operations of the chamber and sends out alert messages during malfunction.

Ethernet capability to remotely monitor and control the chamber.

The communication which used is MODBUS RTU protocol, which is an international standard for communication in process instrumentation and automation. Necessary changes to be made in the user’s software to communicate this in MODBUS RTU universal protocol. This feature can be used manual mode only.

Enhanced with modular controller integrating multi-zone PID control and data acquisition. SIMATIC programmable logic controller. Touch screen controller, PLC and other controller components are of a generic make with an OEM software. Free software upgrades up to one year.

SD card of 2GB memory will store all the test program data and also the diagnostic data. This card is accessible by USB and Ethernet.

99 independent programs can be stored with name and number. Each of these programs have segments which can be looped to a previous segment and repeated up to 999 cycles, creating almost unlimited number of segments The chamber can be operated in manual mode, where the set point can directly be changed in the home screen The ramp rate can be set as a value in °C/min or ramp time Graphical representation of the temperature program The time is logged only when the set valve is within the band.

6 zone based PID’s with auto recall of PID based on type of program, segment and zone can be set. Each of these PID’s can be set by using the auto tune feature or manually based on user’s requirements.

Graphical representation of the working of the chamber, with live status of all the components, including the current temperature/humidity process values, compressor suction/discharge pressures and return gas temperature

In case of a power failure, option of conditional restart based on temperature/time or continuous 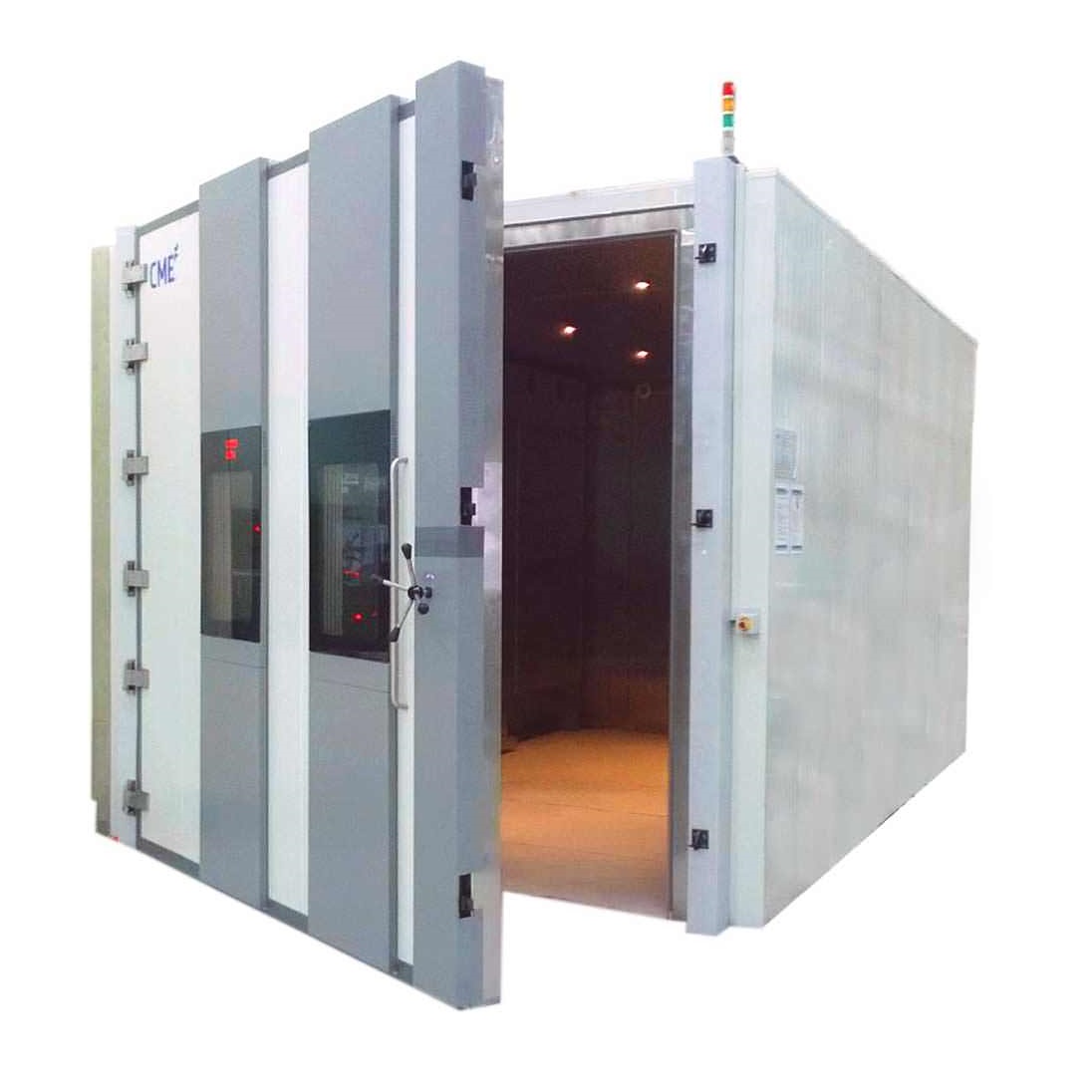 CME’s Walk in chambers are designed for simulating, monitoring & control of environmental conditions like temperature & humidity... 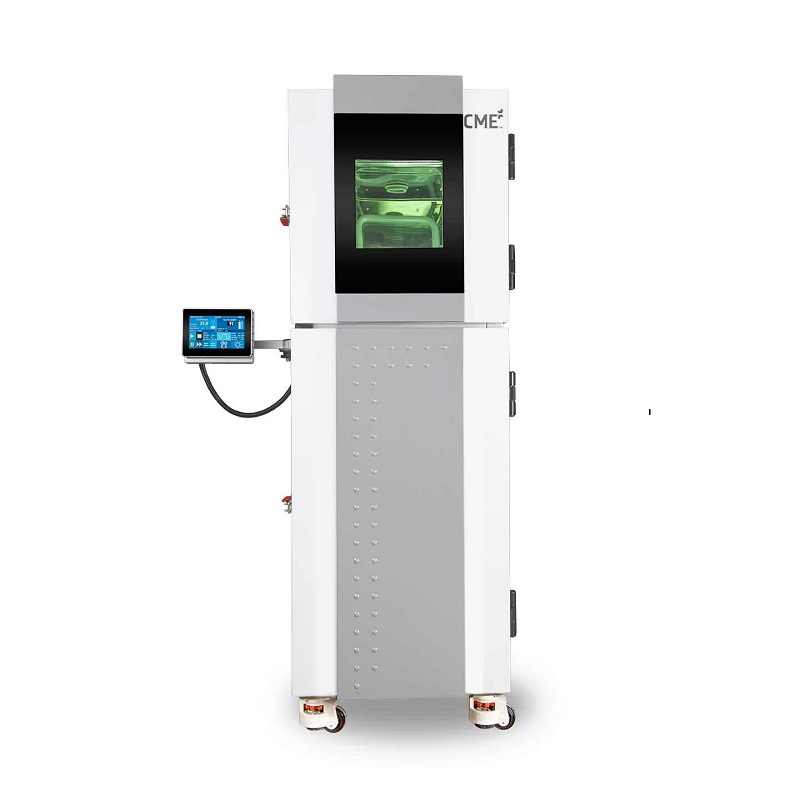 The thermal shock chamber has two zones namely the hot zone and the cold zone. .. 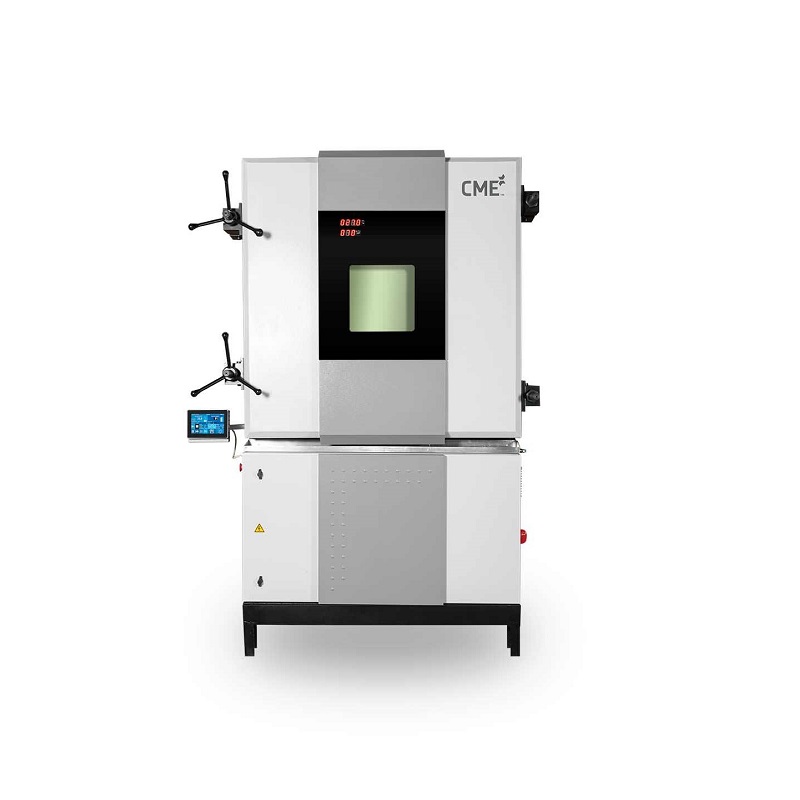 Aircraft and its components are subject to extreme pressure and climatic conditions during flights... 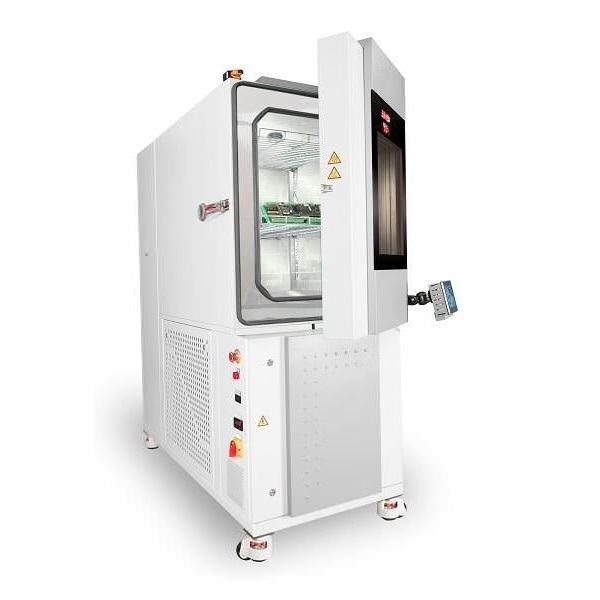 The PAC series of climatic chambers are a great choice for cyclic low, high temperature and humidity tests... 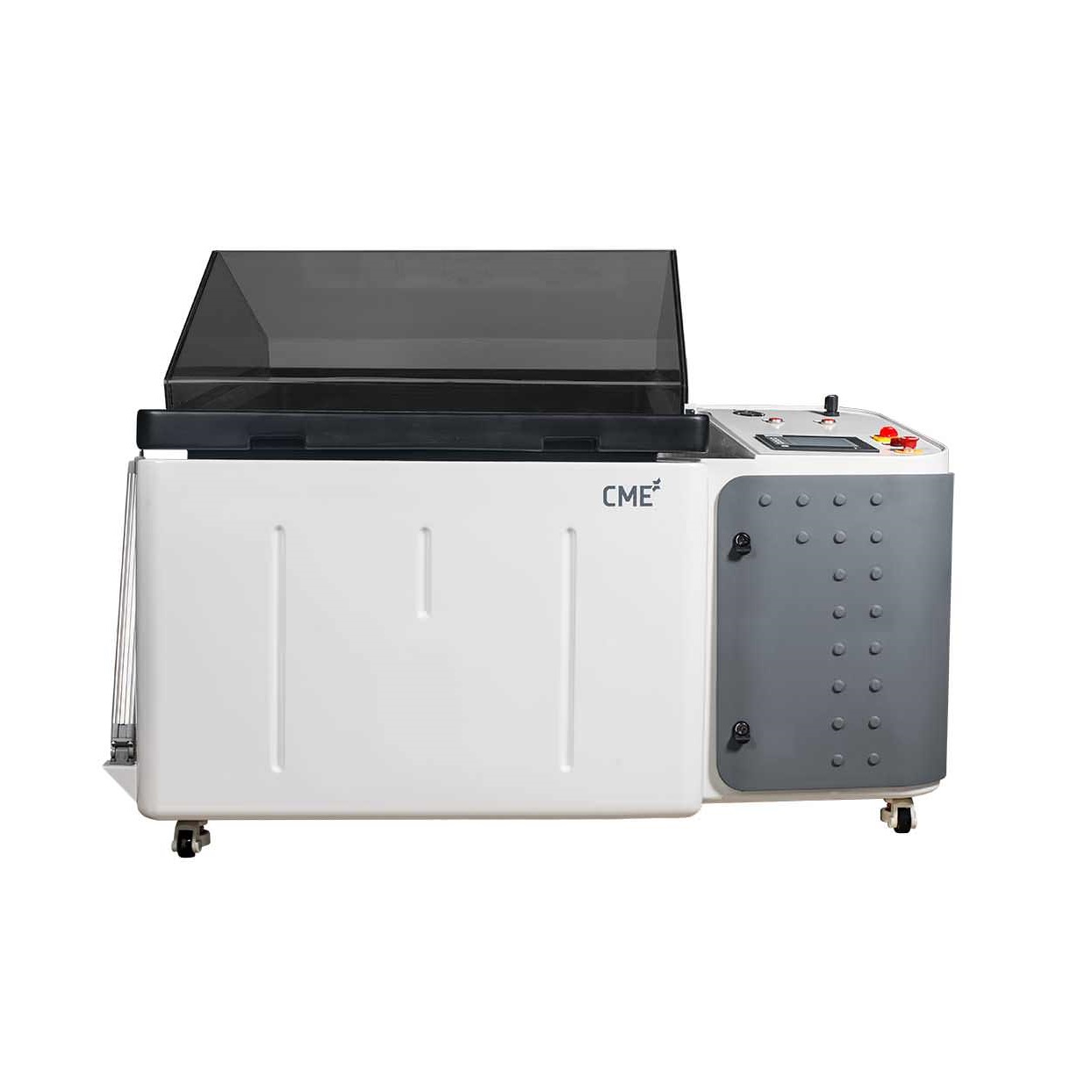 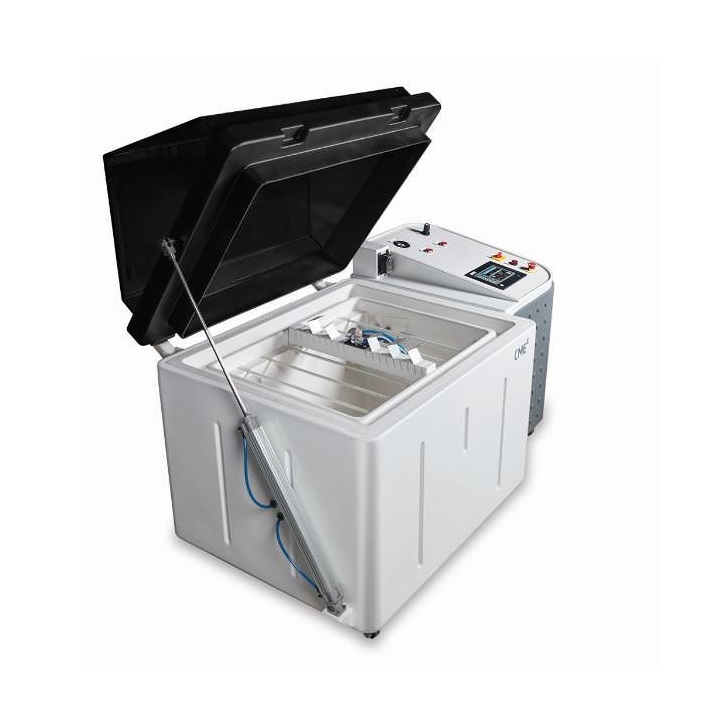 CME SF-CCT chambers are designed to be flexible enough to comply with as many different CCT specifications as possible...